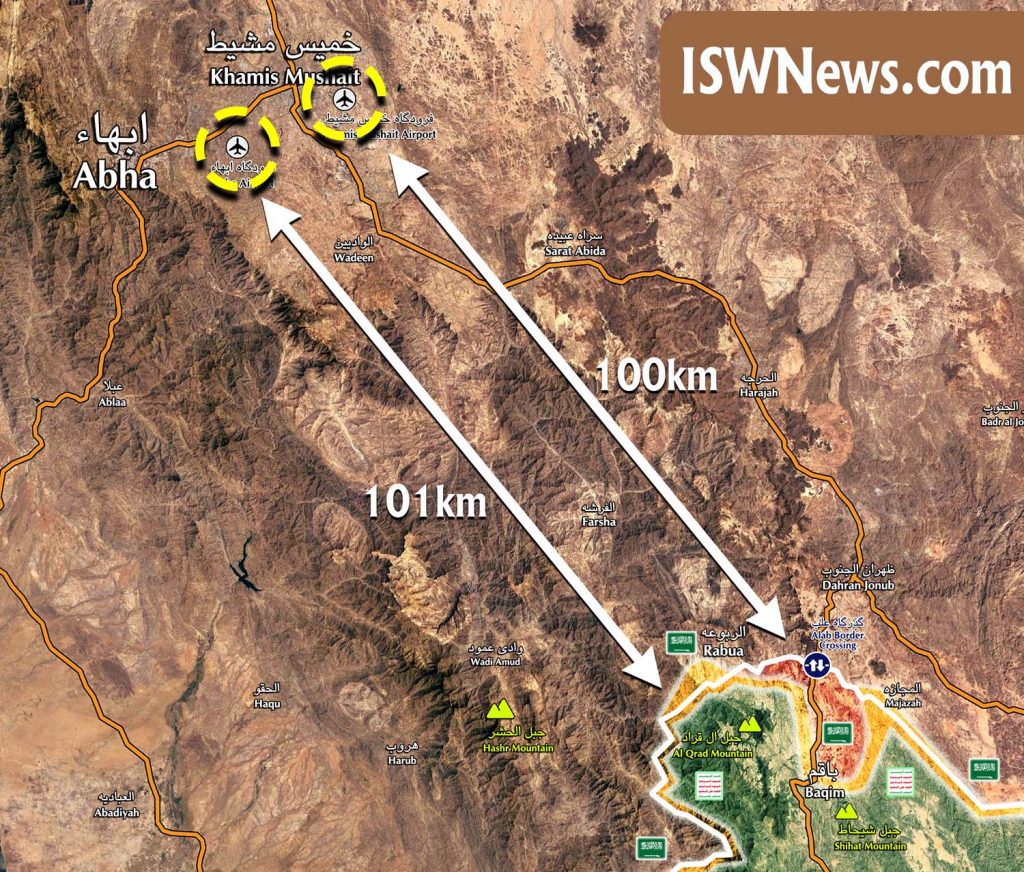 According to a spokesman for the Yemeni Armed Forces, the attacks targeted the King Khalid and Abha’s watchtower.
Yahya Sari’ said the attacks were in response to 17 Saudi coalition air strikes against the Yemeni people in the past hours.