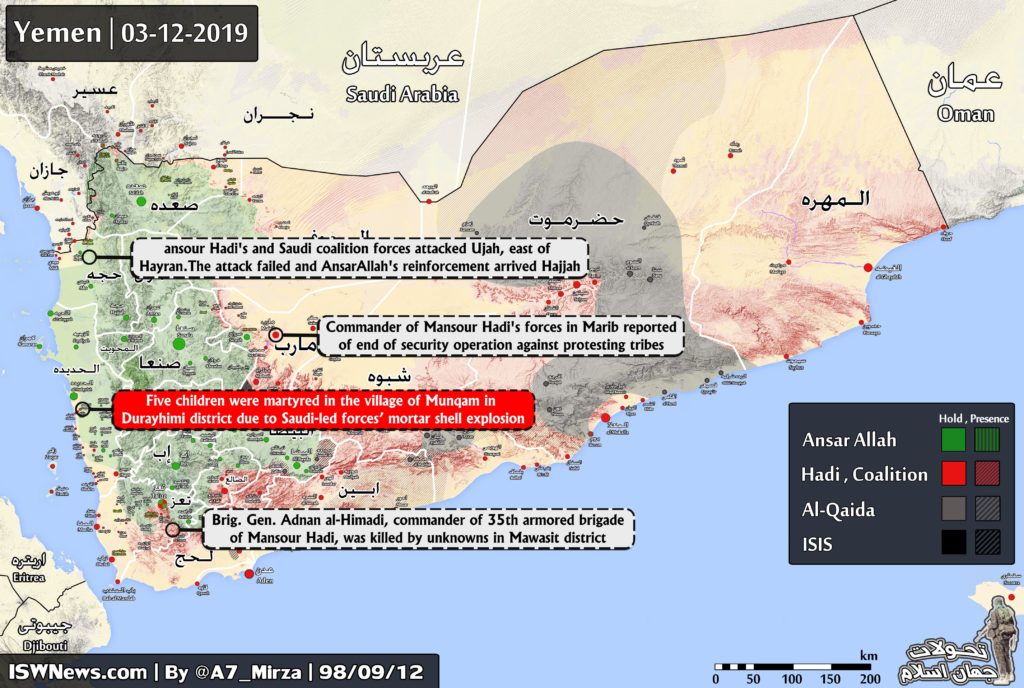 Marib:
Commander of Mansour Hadi’s forces in Marib reported of end of security operation against protesting tribes. The engagement is due to trade ban with AnsarAllah controlled lands.

Al-Hudaydah:
Five children were martyred in the village of Munqam in Durayhimi district due to Saudi-led forces’ mortar shell explosion.