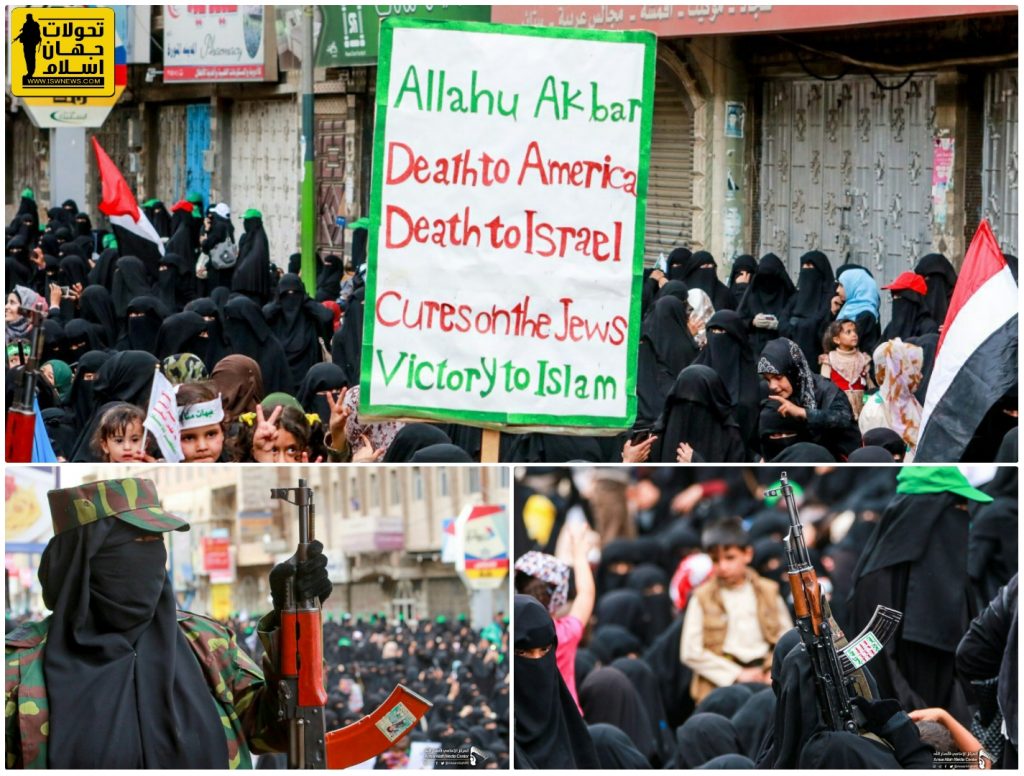 “Images: Yemeni women protesting in defense of fighters who defend their land & women. (Recently some of the women of Tuhayta were abducted by UAE-backed forces which made Yemenis, specially women who are in Ansarallah controlled regions, very angry.)”

1. Al-Hudaydah:
The attack of UAE-backed forces against Ad-Durayhimi was repelled by heavy resistance from “Popular Committees” forces & Ansarallah’s snipers being deployed in northwest of Ad-Durayhimi.

Ansarallah’s feint attacks in countryside of al-Fazah continues, and still the advances of UAE-backed forces are stopped in this area.

Ansarallah media claimed that a Saudi warplane was targeted. Coalition’s medias didn’t publish anything about this attack.

4. Ansarallah says that their drones & missile division in a joint operation, have successfully targeted the UAE-backed forces in west coast.