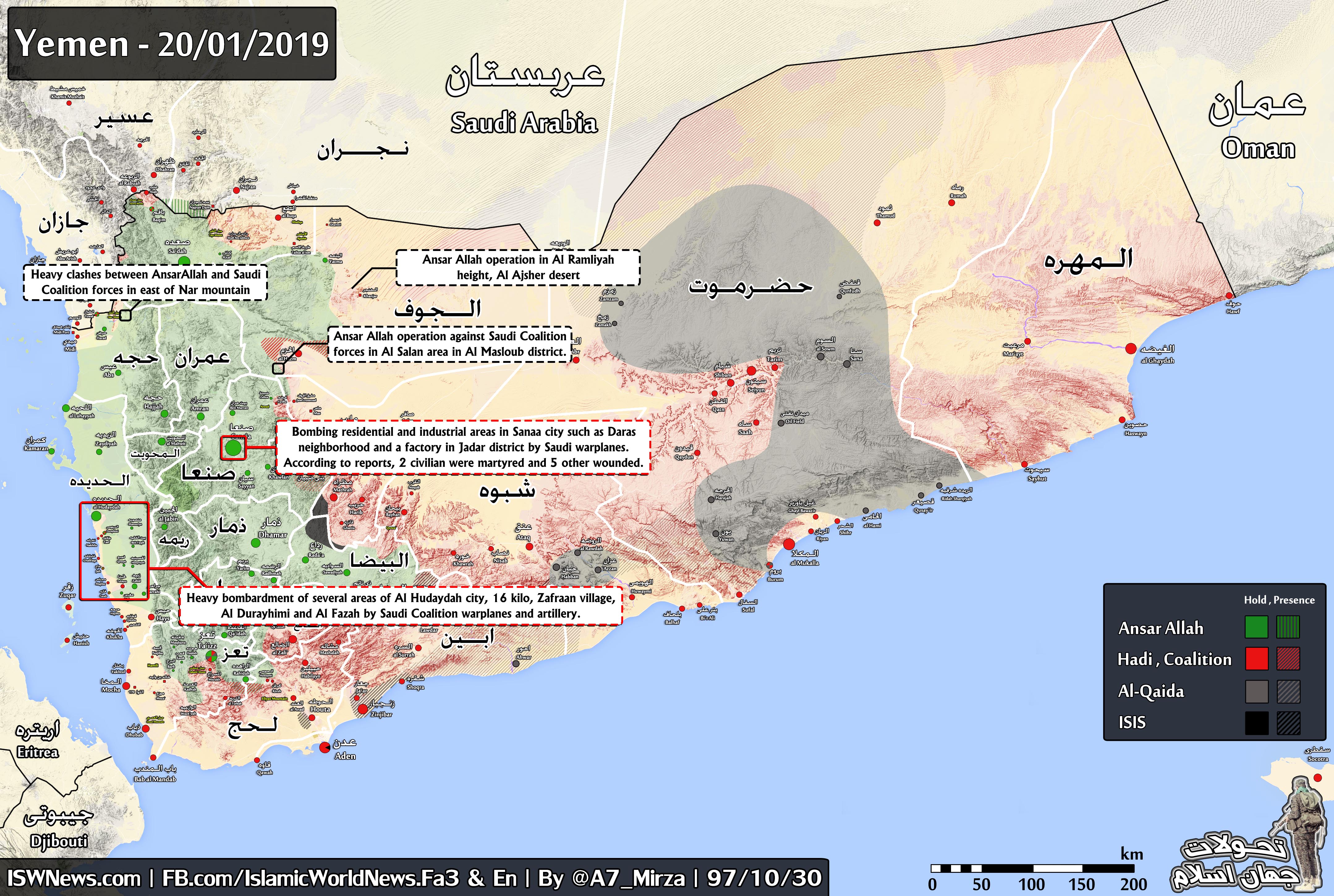 Latest news from fontlines of Jawf, Hajjah and Hudaydah

Heavy clashes between AnsarAllah and Saudi Coalition forces in east of Nar mountain.

Bombing residential and industrial areas in Sanaa city such as Daras neighborhood and a factory in Jadar district by Saudi warplanes.

According to reports, 2 civilian were martyred and 5 other wounded.

Saudi media claimed that this attacks have targeted Iranian and Hezbollah areas in Sanaa! (images below)