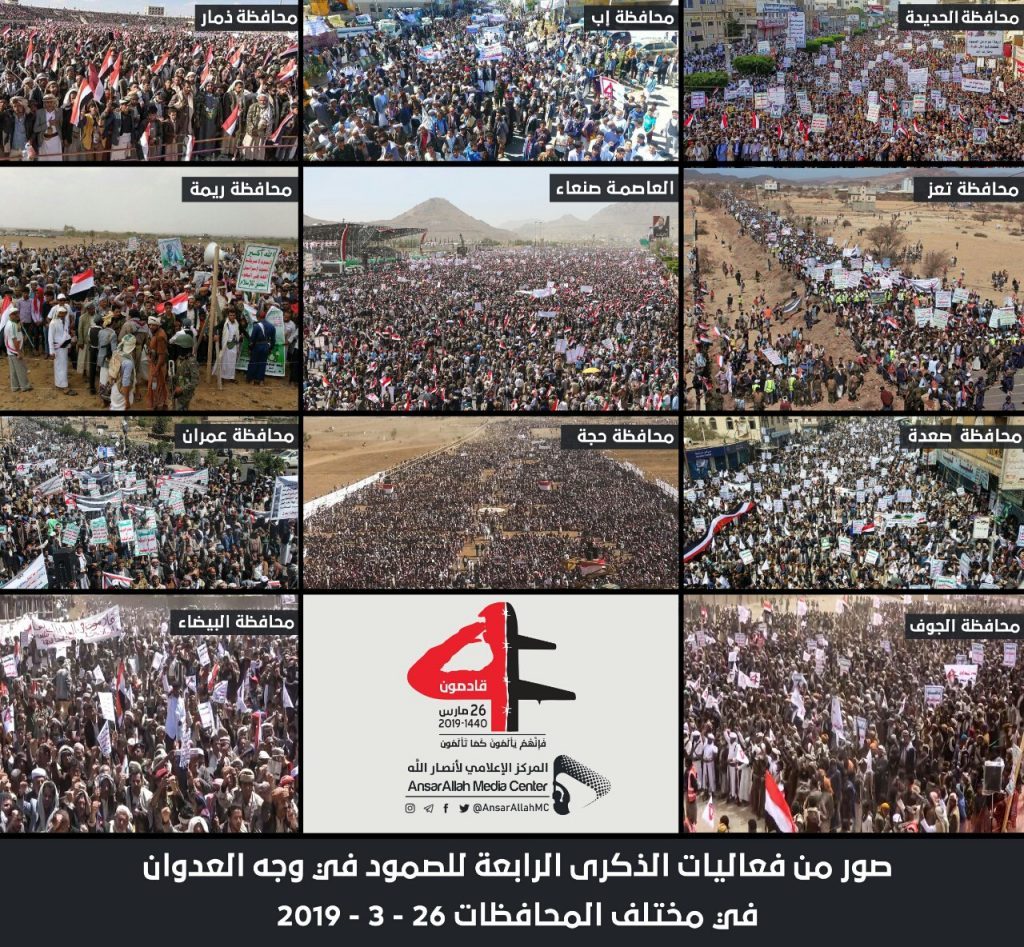 Four of martyrs and one of wounded are children.

2. Jawf:
Media close to Saudi Coalition reported 11 forces supported by the Coalition were killed due to AnsarAllah’s missile attack in Jawf.

AnsarAllah claimed 70 dead and injured before.

3. Yemeni people parade in AnsarAllah controlled provinces against Saudi Coalition and in support of four years of defending the soil of Yemen.