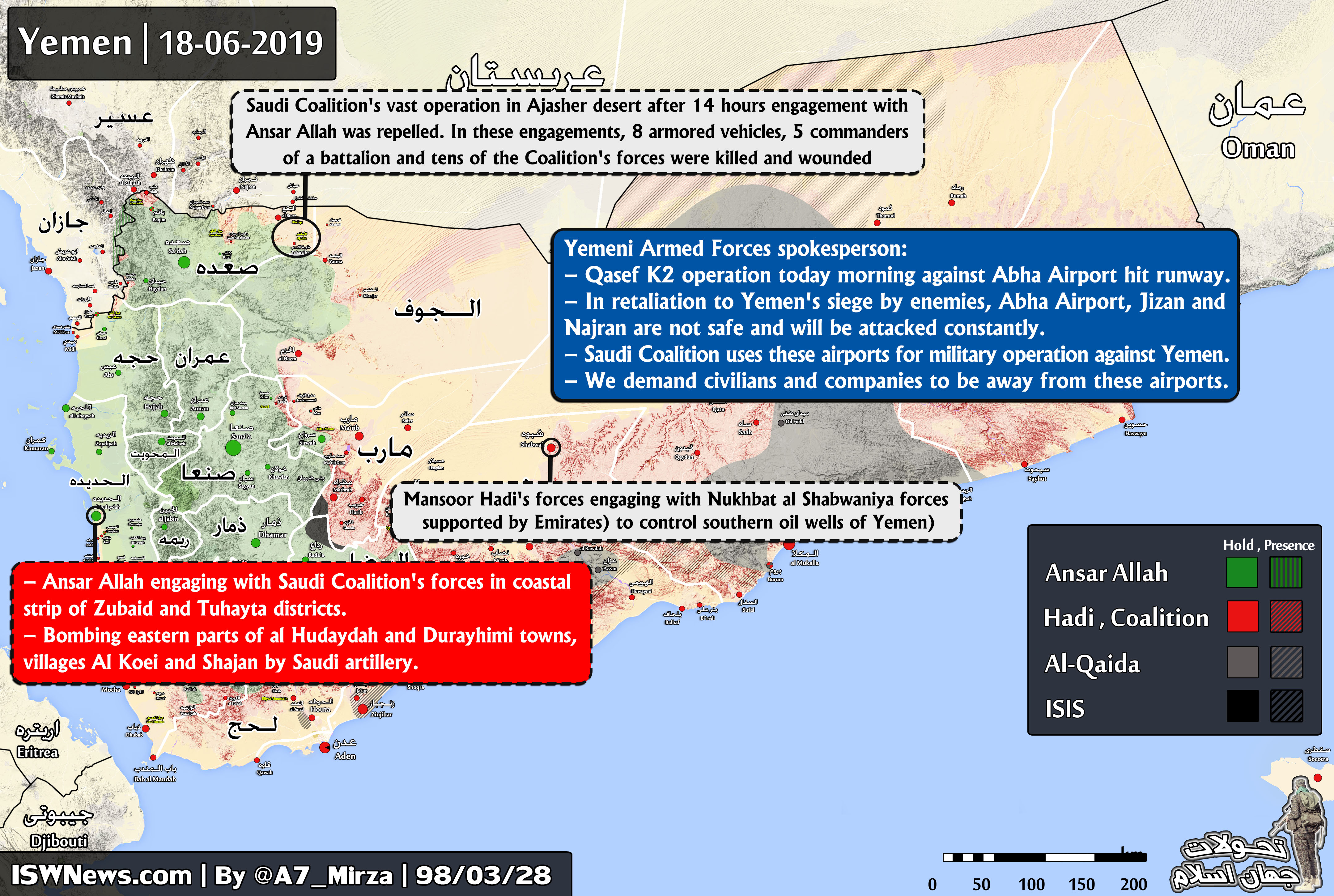 1. Yemeni Armed Forces spokesperson:
– Qasef K2 operation today morning against Abha Airport hit runway.
– In retaliation to Yemen’s siege by enemies, Abha Airport, Jizan and Najran are not safe and will be attacked constantly.
– Saudi Coalition uses these airports for military operation against Yemen.
– We demand civilians and companies to be away from these airports.

3. Shabwa:
– Mansoor Hadi’s forces engaging with Nukhbat al Shabwaniya forces (supported by Emirates) to control southern oil wells of Yemen. UAE has most of Shabwa province and many explosions and engagements occurred over exploiting oil reservoirs in Shabwa .