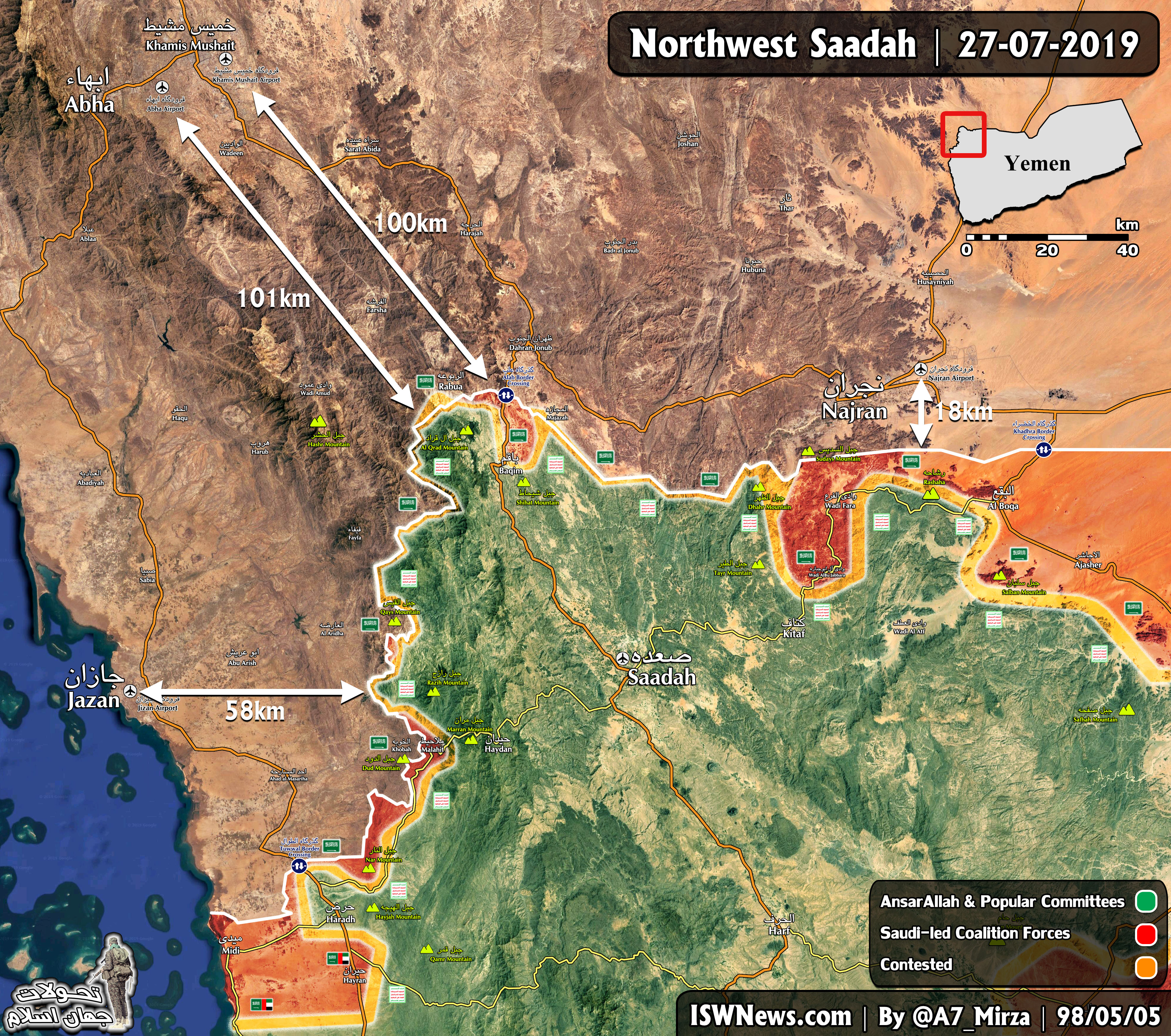 Position of four important Saudi airports relative to Yemen’s border and latest updates on frontlines of northwest of Yemen.

In recent weeks, Yemen’s drone attacks to Saudi coalition’s airports in south of Saudi Arabia were reported many times. Some of our audience do not have a clear idea of the situation and position of these four airports relative to Yemen’s border.
In the map, you see the position of the four important airports located in South of Saudi.
Najran airport is 18 km from the border is the closest to Yemen. Jizan airport has a distance of 58 km, Abha and Khamis Mushait(King Khalid airbase) airports are located at ~100 km from the border, which are further away.
King Khalid airbase and Abha airport and then Jizan airport are the main airports that Saudi Coalition is using to operate against Yemeni people.

Frontlines of northwest of Yemen:
– Baqem front:
No significant change for months in this front. Saudi Coalition has stopped since the last advances in north of Baqim and there are scarce engagements daily. Alab border passage is under Ansar Allah and Popular Committees fire and most of the ambushes take place in the important area of Abwab al Hadid.
There are sporadic engagements in Rabua area daily.

– Sudays and Ajasher fronts:
Sudays mountain is the most important height in the region which is located at the border of Yemen and Saudi and is the main defense line for Najran city. In past month, Ansar Allah could advance in this axis and some points in south of Sudays heights were reclaimed. Nevertheless, the advances were answered by Saudi Coalition hard response. Currently sporadic engagements happen in the region daily.
Al Ajasher front, which is known as graveyard of Saudi Coalition armored vehicles, has not been changed much. Sporadic engagements weekly happening there and most of Saudi coalition’s attacks are responded severely by Ansar Allah.