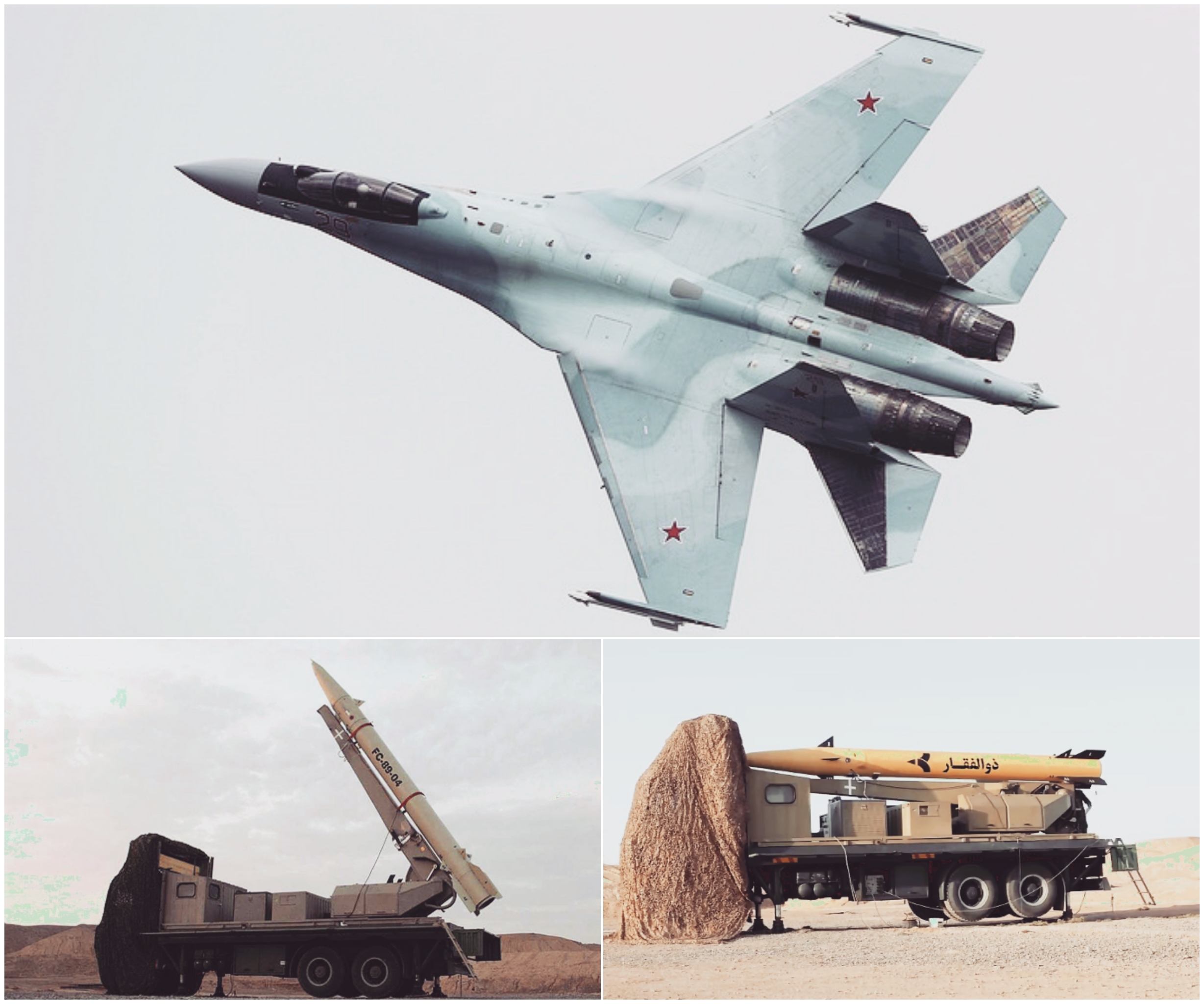 ISWNews Analysis Group – Some Russian media outlets have highlighted the military cooperation between Moscow and Tehran regarding the swap of Russia’s Su-35 fighter jets for Iran-made ballistic missiles, which is expected to have a great impact on the future developments of the West Asia region.

In October, American media reported that Russia purchased Iran-made missiles of Zolfaghar and Fateh-110. A month ago, several sources reported that Iranian cargo aircraft carried out several flights to Moscow, and the Russians used Iran-made Shahed-136 suicide drones in Kupyansk and Nikopol, Ukraine, indicating the military collaborations between Tehran and Moscow developed and entered a new phase.

The success of drone attacks by Russia and the psychological impact of the strikes on the Ukrainians prompted the Western states to activate their propaganda and political campaign against Iran-made warfare, and impose new sanctions on Tehran to dissuade the Islamic Republic from the military cooperation with Russia. Of course, the connection has never been confirmed by the Russian and Iranian statesmen, while the Western powers and the Zionist regime put forward different speculations on the delivery paths of the Iranian drones to Russia via Tajikistan, Uzbekistan or other countries.

Nevertheless, the Russian media outlets reported in November 2022 that the Russian and Iranian authorities held talks on the purchase of Iran-made short-range and medium-range ballistic missiles to be used for the Ukraine war. But new reports of those media claimed that the Iranian missiles are going to be swapped for 24 Russian Su-35 fighter jets.

The fighter jets were scheduled to be delivered to Egypt’s Air Force on the basis of a 2019 contract worth $2 billion, but the United States’ threats pushed back Cairo that was concerned about the potential sanctions by the West; so, the Egyptians refrained from receiving the whole shipment of the fighter jets.

Read more: Delivery of the new Sukhoi-35s to the Egyptian Army + Images

Unofficial reports from both sides (Russia and Iran) say that the Su-35 jets will be handed over to Tehran, and that the Iranian pilots are getting trainings to start flying the fighters.

So, what are the benefits of the contract for Iran and Russia? And is the swap deal of the Russian Su-35 for the Iranian ballistic missiles useful for both countries?

Russia is experiencing a complicated conflict and the Russians’ missile arsenal is suffering from shortages after 10 months of heavy clashes. Moscow experiences that it could not reach the desired results in the Ukraine war, and the Russians cannot consume all missiles to target pre-planned points in Ukraine. Thus, they resort to bargaining the swap deal with Iran, which seems to be the best option for the Russians to find a way out of the existing weak point in the war.

As the Western media claimed, the Russians are after purchasing Zolfaghar and Fateh-110 missiles. The Iran-made missiles have not been used in a broaden conflict like the Ukraine war so far, but the Zolfaghar missiles were successfully fired at the Daesh hideouts in Deir Ezzor in eastern Syria in June 18, 2017 and October 1, 2018. The Fateh-110 missiles were also effectively fired at a spy center affiliated to Israel in Erbil, northern Iraq, on March 13, 2022. It is worth mentioning that the Fateh-110 missiles have been utilized by Ansar Allah fighters in the Yemen war.

The usage of fighters and strategic bombers will inflict heavy costs on the Ministry of Defence of the Russian Federation in the long-run. The most airstrikes by the Russians are being conducted by unguided weapons; so, in a situation that the Ukrainians have enhanced their counterstrikes, the Russian weaponries are not applicable to strike targets in the depth of the Ukrainian soil. Moreover, the accuracy of the Iran-made missiles can be seen as another strong point, which can help intensify the aftermath of Russian strikes on Ukraine.

The Iranian armed forces possess abundant missile arsenals that are the best option for the exchange of ballistic missiles with Su-35 in terms of price difference (the Rial-Dollar exchange rate deals) and other issues. The Zolfaghar and Fateh-110 are the best and widely used Iran-made missiles, and the Islamic country is not afraid of their structural details being revealed.

Russia’s usage of the Iranian weaponries in the war on Ukraine, while the Ukrainians enjoy all-out support by the US and NATO, is a sort of simulation or proxy war. Iran can oversee the result of Russians’ use of the weapons and equipment in order to develop them and overhaul their potential defects in the face of the West-made weaponries.

The West-imposed sanctions on Iran’s Air Force over the last 40 years caused the limitation of the access to warplanes, including state-of-the-art fighter jets; so, almost no country agreed to strike a deal with Iran in this respect. But the war in Ukraine created an opportunity for the Islamic Republic to purchase the Russian warplanes and the Iranians try to meet parts of their needs in the effort to stand against the enemies.

The military cooperation and the swap or sale of weaponries have always been considered as normal acts among militarily powerful states; however, the Iranians’ progress in manufacturing deterrent equipment, including drones and missiles, seems not to be in favor of the US and Europe, who have been the biggest producers and suppliers of weapons in the world for years; so, they resort to threats and sanctions in dealing with Iran’s progress in military sector.

ISWNews
ISWNews Analysis Group is a completely independent organization maintained by a team of experts and volunteers which focuses on armed conflicts and crises. Our mission is to tell the untold, which is usually censored by the main stream media. Step in battles of the region with us!
Share it:
Iran Russia Su-35 Su-35 fighter jets