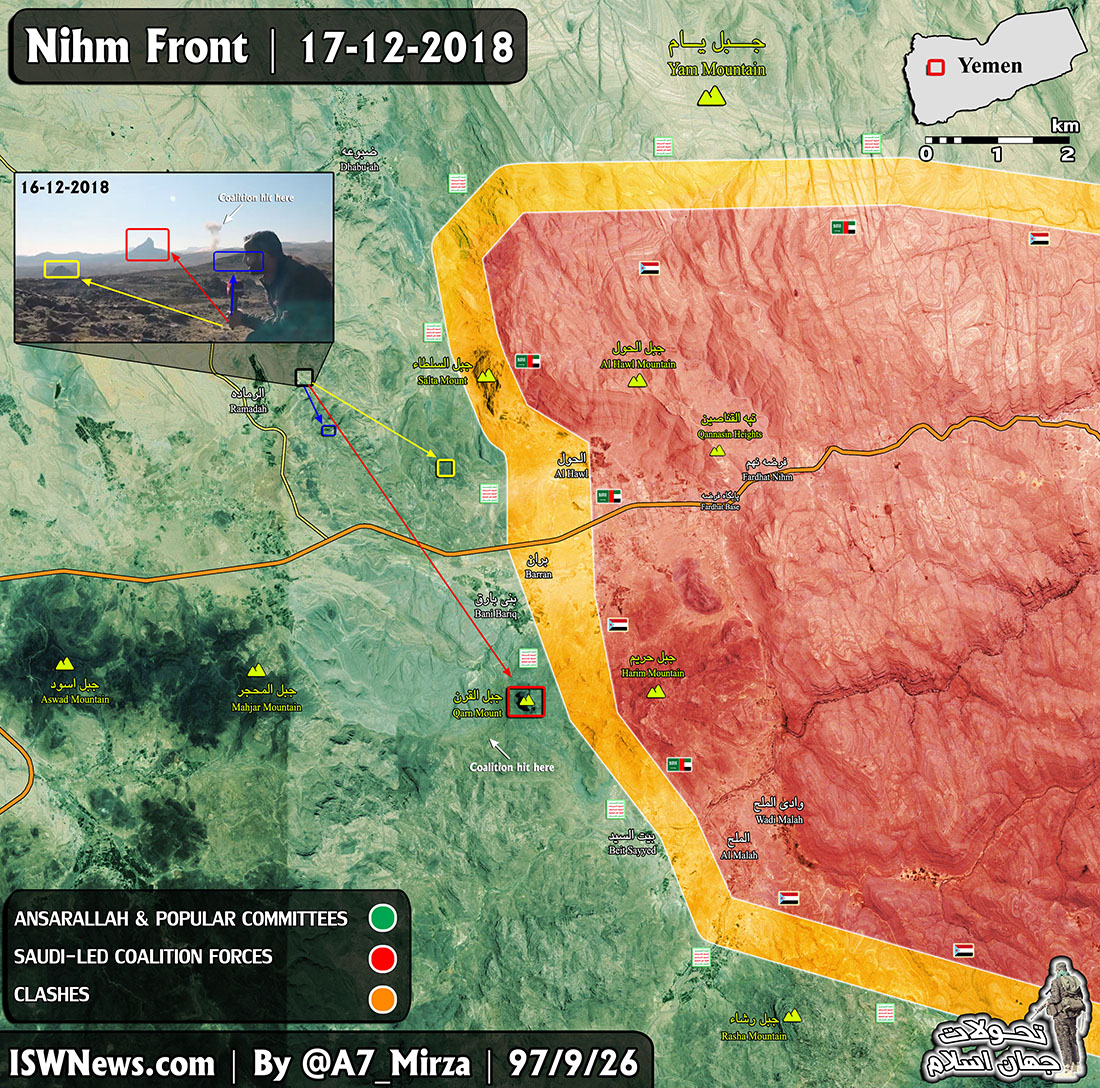 Islamic World News Analysis Group: In despite of intensified battle in Nihm front and Saudi Coalition extensive effort to advance in the last ten days all the attacks were defeated by Ansar Allah.

During the last ten days Saudi Coalition by increasing the number of troops and armored vehicles under close support of fighters in the axis tried to get close to the city using Sanaa road however battle reports show Saudi Coalition has been defeated in its plan.

Nihm front has turned into the graveyard of armored vehicles of the Coalition and any movement is attacked severely by AnsarAllah anti armored units, which is shown in the report.

Yesterday Yahya Al Shami deployed to Nihm front to report directly from the battle which is depicted in the clip:

Some media close to Saudi Coalition proclaiming the Coalition advance and occupying Qarn mount, Dhabu’a, Mahjar mountain, Ramadahand etc. in Nihm front however according to battle images and fighters attacking the aforementioned areas, it is obvious they are under AnsarAllah control.