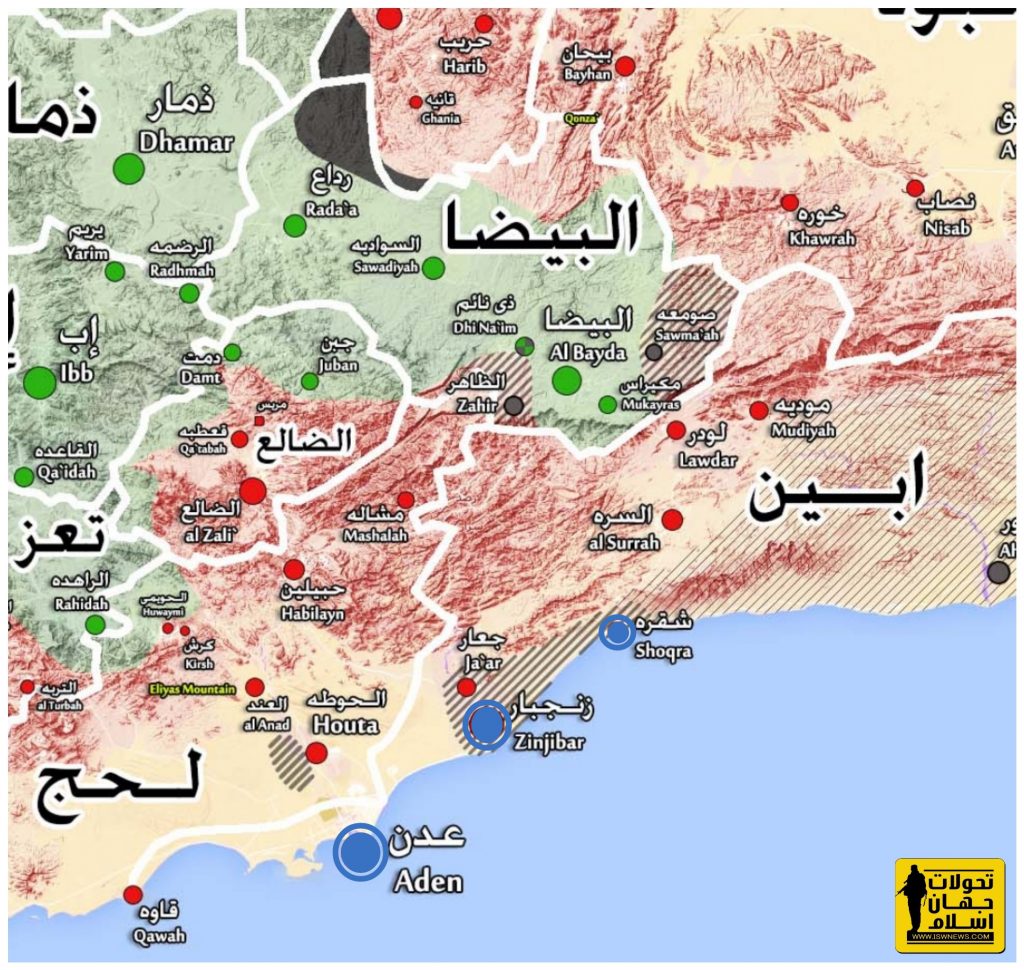 ISWNews Analysis Group: Despite calls by the Saudi coalition for negotiation and reconciliation, heavy clashes between Southerners and Hadi’s forces are ongoing in Abyan and Aden.

– The first wave of attacks by Mansour Hadi’s forces in the east of Zinjibar were repelled by STC forces and Hadi’s troops forced ro retreat with heavy losses.

– Emirati planes transported some of STC’s commanders to an unknown location.

– Unknown militia in Othman district, north of Aden, attacked building Al Shokani, one of Hizam Al Amni bases in Aden, and captured it.

– Mansour Hadi’s forces initial attack to coastal town Shoqrah, east of Zinjibar, was defeated and reinforcement were dispatched from Shabwah to the area. Shoqrah triangle is reclaimed by Mansour Hadi and engagement is going on.