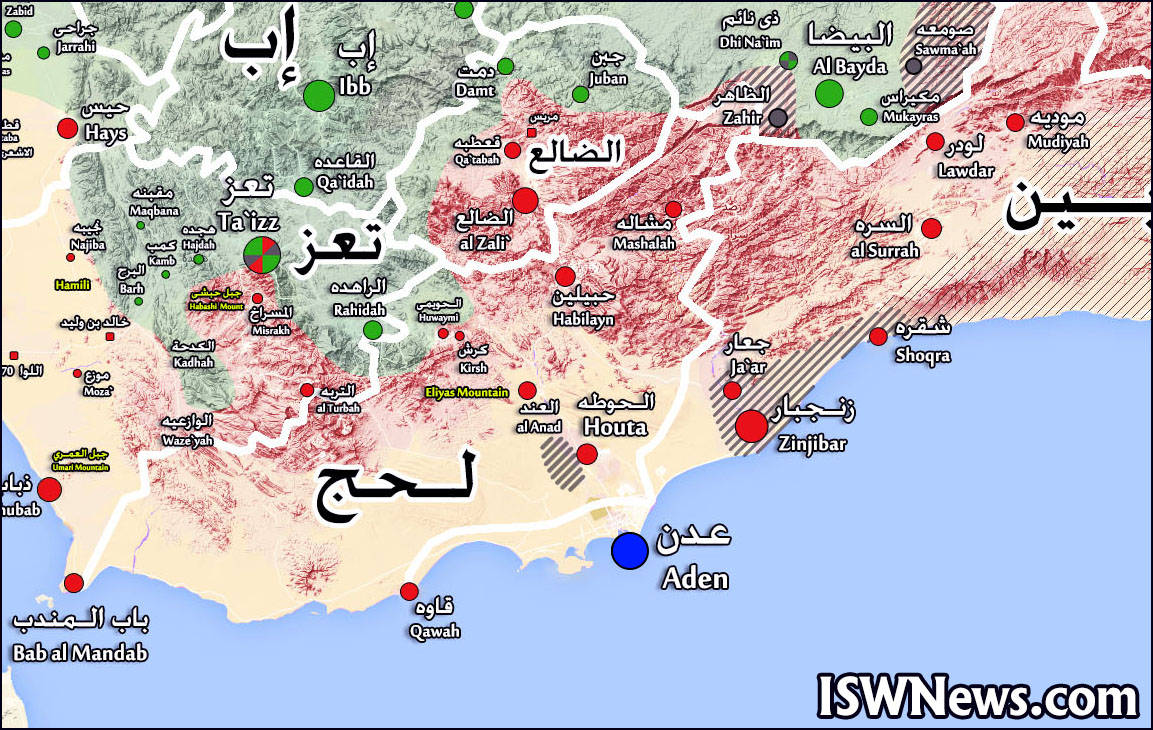 ISWNews Analysis Group: The Hadi’s forces captured Abyan and Aden provinces; the Southerners are retreating and in verge of complete collapse.

– Mansour Hadi’s forces have passed the Shoqra and attacked the Zinjibar again.

– Ministry of Defense of the resigned governments of Mansour Hadi calls for a peaceful transfer of Aden to them by the Southern Transitional Council.

– Hadi’s forces entered Aden city.
At the moment of writing, Aden Airport is in control of the Southern Forces. However, clashes are going on in other army headquarters and government institutions in Aden.

– Mansour Hadi forces advancing on the coastline and the Khormaksar area toward the presidential palace.

– Hadi’s media minister announced the complete control over the Aden city after the southerners withdrawal. This claim is clearly not true at the moment.

– Most of the Southern forces have moved to Lahij and Dhale, and some sources in the Saudi coalition stated that Hadi’s forces are chasing them towards Lahij.

– Hadi’s forces captured Al Hutah, the capital of the province of Lahij.
Most of the Southern forces have fled, and some areas of Lahij, Dhale and Al Mahrah provinces are now their last bases, and Mansour Hadi’s forces are looking for them door to door!