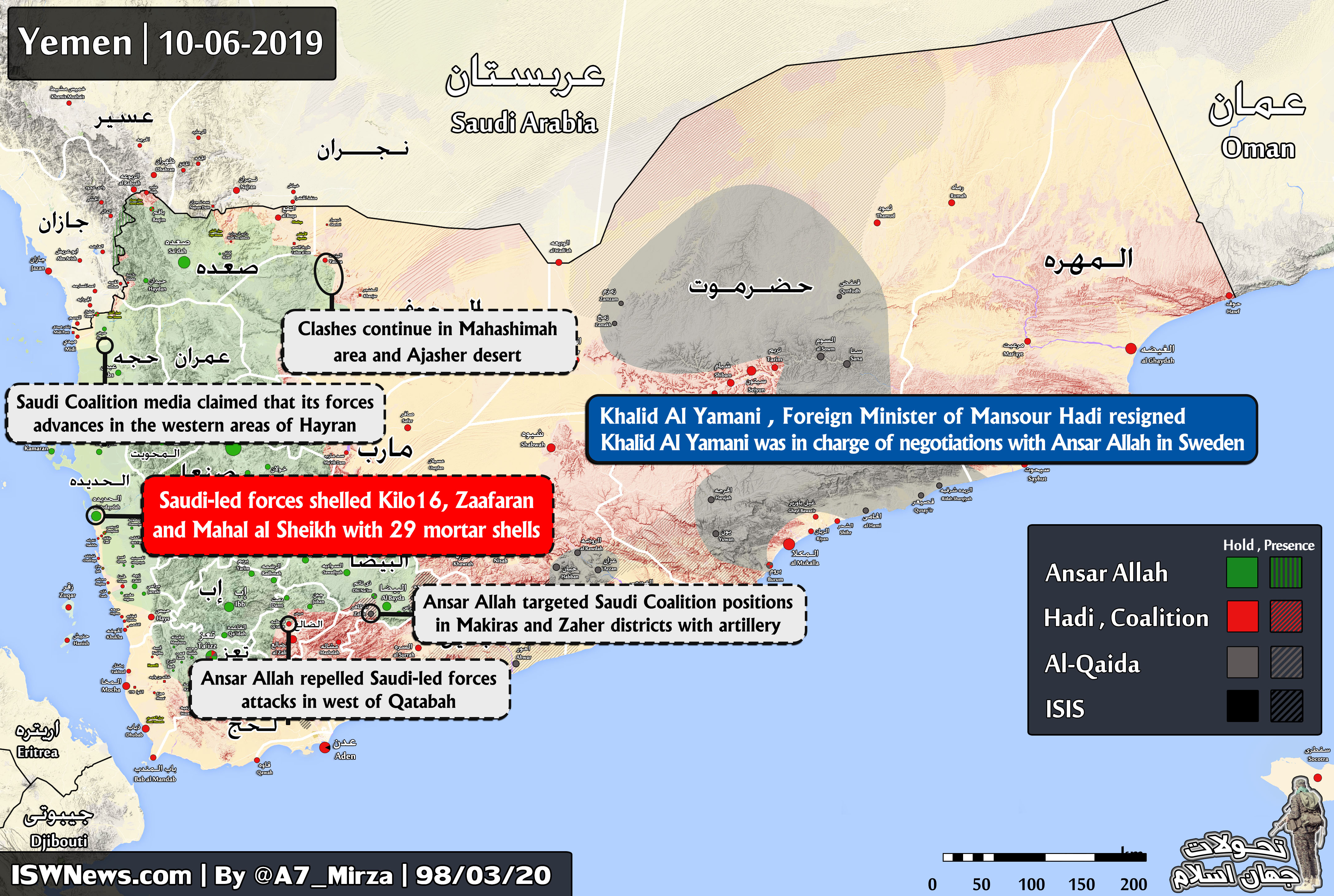 Saudi Coalition media claimed that its forces advances in the western areas of Hayran. On the other hand Ansar Allah claimed that Saudi-led forces attacks in Midi desert were repelled.

Heavy clashes were reported in west of Sudays, Qamamah mountain and east of Dud mountain.

Khalid Al Yamani was in charge of negotiations with Ansar Allah in Sweden.