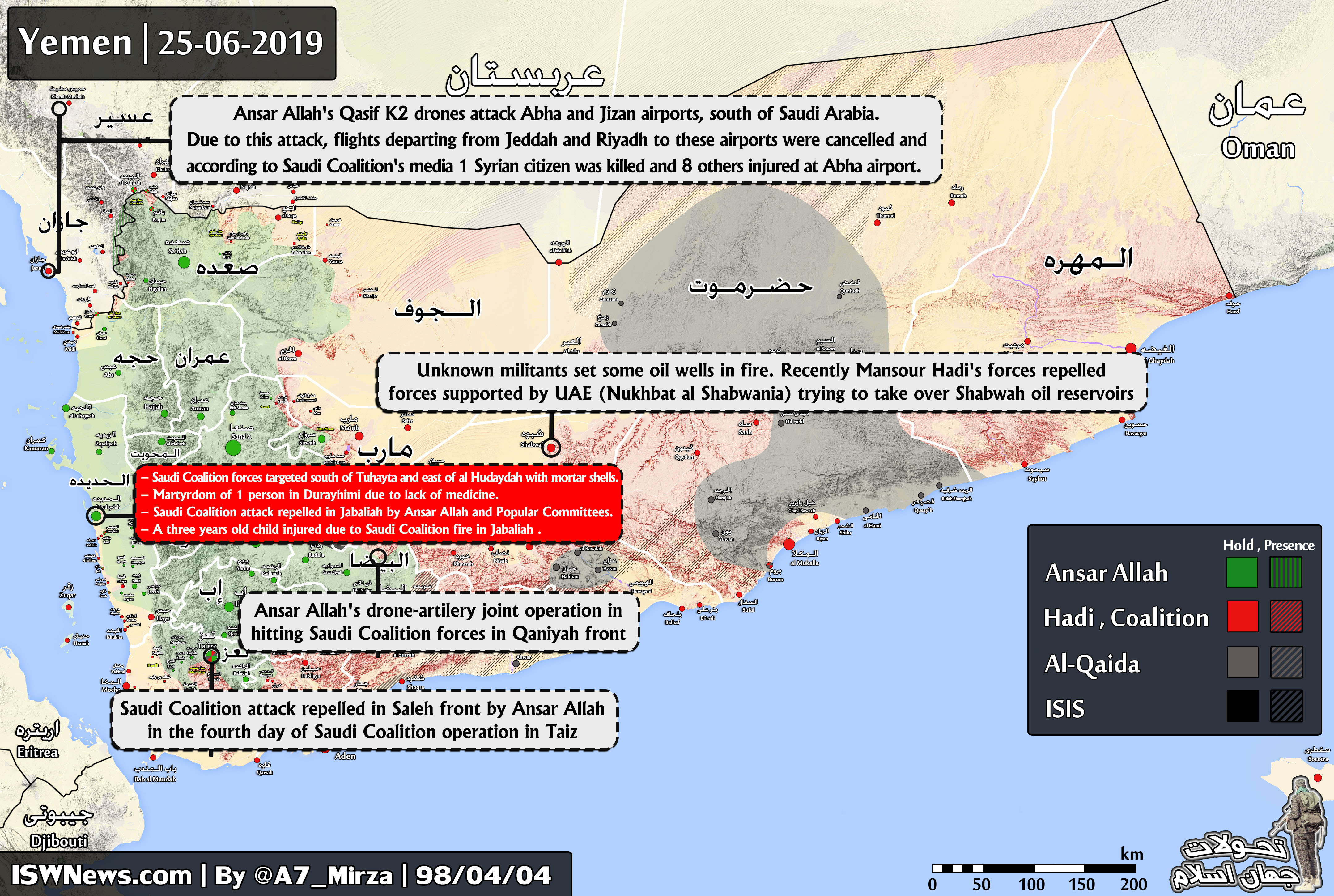 1. Ansar Allah’s Qasif K2 drones attack Abha and Jizan airports, south of Saudi Arabia.
Due to this attack, flights departing from Jeddah and Riyadh to these airports were cancelled and according to Saudi Coalition’s media 1 Syrian citizen was killed and 8 others injured at Abha airport.

6. Hajjah:
– Shooting down a spying drone of Saudi Coalition over Marzaq by Ansar Allah.

7. Saadah:
– Shooting down a spying drone of Saudi Coalition over Sudays area by Ansar Allah.